SHN demonstrates teamwork on and off the field 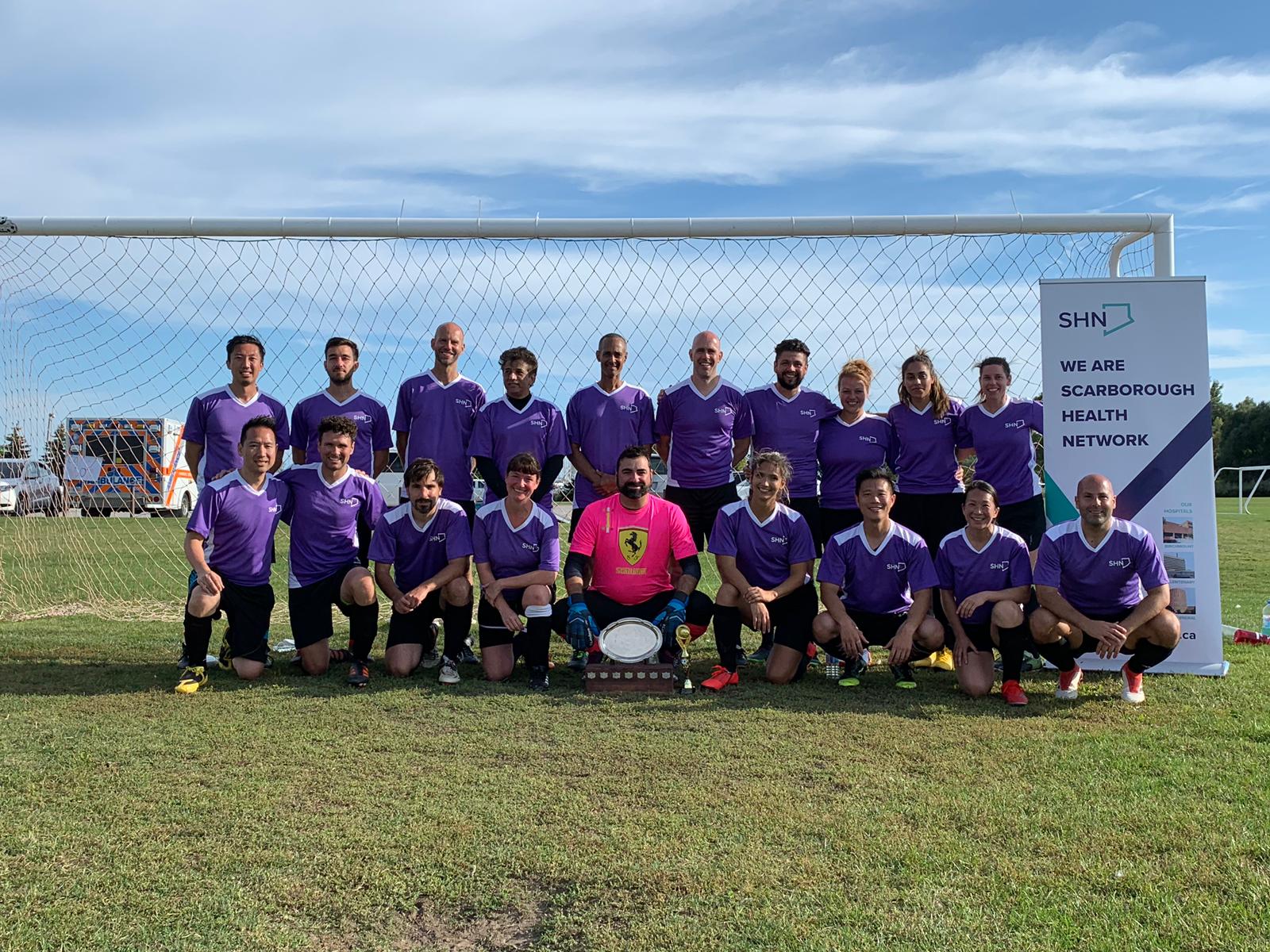 A big “congratulations” goes out to team Scarborough Health Network (SHN) who were crowned champions of the second annual Invitational Soccer Tournament hosted by the Region of Durham Paramedic Services. Staff came together to face off against fellow health care practitioners and emergency services personnel in the annual soccer tournament with proceeds being donated to the Wounded Warriors, a charity that honours and supports Canada’s ill and injured Canadian Armed Forces members, Veterans, First Responders and their families.

Organized by Sergio Gutierrez, an orthopaedic technologist at SHN’s General hospital, the team brought together staff from across the organization including physicians, surgeons, nurses, social workers and more.

“I was super proud of my colleagues and the way we came together with one goal in mind,” said Sergio. “Now, whenever we pass a fellow teammate in the hall, we have mandatory high-fives. I’m already excited to represent SHN next year and bring another win back to our health network!”

The tournament hosted 12 co-ed teams divided into two pools of six, at the Iroquois Park Sports Complex in Whitby. The top two teams from each pool played in the semi-final game with the winners of the semi-finals playing the championship game. Each team played five games in total, on a hot September day.

“The win was definitely much deserved. It was a hot and humid day and we still managed to get through five tough games without a hitch,” shared Jenny Gutierrez, a registered nurse in the intensive care unit at the General hospital. “Everyone really came together and played like a well-oiled machine, despite having various skill levels on the field at any given time.”

Team SHN was open to any and all staff who wanted to participate. For Scott Wisner, a social worker at the General hospital, it was the perfect opportunity to have a day of fun and meet colleagues he wouldn’t have met before.

“It will be nice to see my teammates in the hallways and be able to share a smile, a laugh and a recollection of a good time together – and winning the whole thing was pretty awesome too!”